May 20, 2022 14:36 Charlotte
With Season 4 of BBC's Glow Up: Britain's Next Make-up Star in full swing, we've revisited the past seasons to bring you our favourite looks and creations from past contestants. You can also find out where the Glow Up winners are now!

The wait is finally over and we couldn’t be more pleased! As May begins to brighten up our day-to-day surroundings, the BBC series Glow Up has made its return to brighten up our TV screens with the fourth season of weird and wonderful vibrant makeup looks.

The newest season is said to be packed full of industry professional challenges for this year’s 10 contestants, including painting the faces of Cirque du Soleil performers to creating life-like aliens inspired by Dr Who. Season 4 will also see the return of MUA icons, Val Garland and Dominic Skinner as they continue their reign as the Glow Up series judges accompanied by fitting special guest judges throughout the episodes.

Here at Coloured Contacts, we have been obsessed with Glow Up since day one back in 2019 and we cannot wait to see what this year will bring. To get us really in the mood and ready for this brand new season, we thought we’d take a look at some looks from our favourite contestants throughout the past 3 years.

We had to start with someone that has stood out for us since her first appearance in season 2, Hannah Cunningham! The underdog of the season, Hannah had never put make-up on the face of anyone else except herself before taking part in the show but she did not disappoint. Throughout the show, Hannah put together some incredible make-up looks that drew the attention of many with her delicately shocking approach to SFX in particular.

One of our favourite looks has to be her identity piece. The contestants were asked to produce a make-up look that identified something about them whether it is a reflection of their personal journey, their family or in Hannah’s case, one of her biggest fears - trypophobia. Often related to the sight of crumpets, this phobia is the fear of clusters of small holes and/or bumps and we believe Hannah did a great job at physically portraying this “I am definitely trypophobic. I wanted to create something that shows the disgust I feel, and I hope that it disgusts you.”

If you have been a die-hard fan of Glow Up, you’ll probably remember Brana Alunan and her look in episode 3 inspired by the metamorphosis of a butterfly. This look was killer! Her bold headpiece consists of warming golden butterflies whilst her make-up itself contrasts between the strength of the butterfly in gold and the vulnerability of the caterpillar in blue “My look was inspired by the metamorphosis of a butterfly, the caterpillar being quite lost and vulnerable and the butterfly representing strength and freedom.”

In the most recent season of Glow up, we met 21-year-old MUA Ryley Isaac, and we were stunned by her fantastically creative looks. Since her appearance in the 2021 season, Ryley has now gone to grow her following to over 800,000 on Instagram as well as building a following of over 2 million on TikTok with her content.

One look that really stands out for us from Ryley’s appearance on the show is her take on an ‘Out Of This World’ look, and did she deliver? Definitely! This look was intergalactic, disturbing and enticing all at the same time and we can see that she really took on the brief and created something that will inspire others!

As we’re taking this time to celebrate the talent we all saw during the previous 3 seasons of Glow Up, it wouldn’t be right if we didn’t mention the winners at all, would it?

Ellis Atlantis, drag queen and the winner of the first-ever season of Glow up! Ellis was full of courageous energy all throughout the show and was a true winner for us from the very start. Ever since the winner of season 1, Ellis has really made a name for themselves; joining the likes of Glow Up royalty, Val Garland at the Cannes Film Festival as well as painting the faces of some of the jaw-dropping queens we’ve seen on ‘Ru Paul’s Drag race’.

Not only has Glow Up paved the way for Ellis to chase a career within the world of high-end makeup and beauty, but they also have an active YouTube account where followers and subscribers of Ellis’ can find tutorials for incredible makeup looks and announcements from the creator themselves.

A post shared by NETFLIX/BBC GLOW UP WINNER (@ellis_atlantis)

Season 2 of Glow Up brought the extremely talented and worthy-winning contestant, Ophelia Liu. Her creative mind and presence saw her through to the end and we couldn’t have been more impressed with the incredible progress she has made since the beginning of season 2 to the present day. Having fought an uphill battle between her aspirations and the resistance of her dreams she faced from her family, Ophelia’s win was made even more gratifying.

Due to recent setbacks that many of us have had to deal with, Ophelia has chosen to use this time to really concentrate on broadening her contacts and work on her own awareness when it comes to spreading the word of MUA Ophelia Liu. Although this may seem like a minor setback in her career, we believe Ophelia is utilising this time wisely as this will benefit her very much in the future.

Saying that, we are super pleased that Ophelia is still very much within the media. She was recently interviewed by Tatler magazine Hong Kong regarding her own ambiguous and alternative style within makeup as she transforms and embraces glamour and all the imperfections that come with it.

The one that really stood out for us throughout these series was definitely Sophie Baverstock from season 3. Her attention to detail and perfectionist attitude towards her work really paid off when it came to her super eye-catching results that impressed us all greatly!

If you are following the life of Glow Up's Sophie Baverstock now after winning the third season of Glow up and graduating in Make-up for Media and Performance from Arts University Bournemouth, then you will have noticed the constant makeup and SFX inspiration she is putting out for her audience. Alongside this phenomenal content on her Instagram feed, Sophie has become the first influencer to participate in the ‘It’s Rated By’ subscription box which allows make-up crazy subscribers to receive a make-up filled box curated by their favourite influence. Sophie’s first box with the company sold out in 4 days!

We’re so pleased to see how Sophie has come along in her career as a professional MUA and we can’t wait to see what more she brings to the world of make-up design.

Series 4 of BBC’s Glow Up

We’re so excited to see Glow Up back on our screens and this season is promising to be better than ever! You can watch the new season every Wednesday at 8 pm on BBC iPlayer. 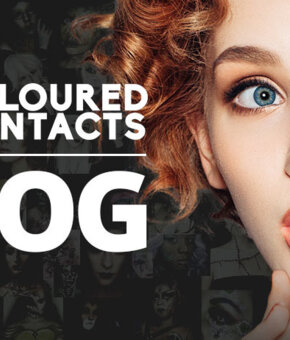 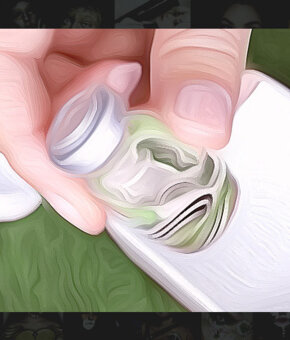 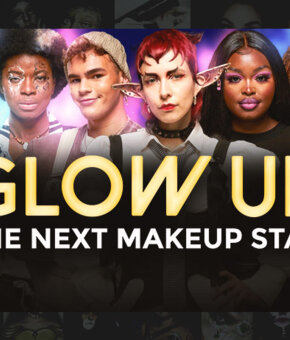 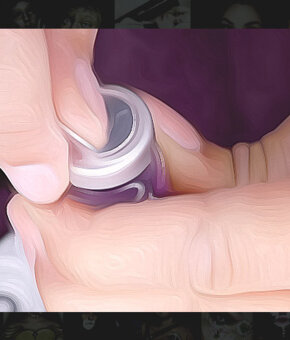 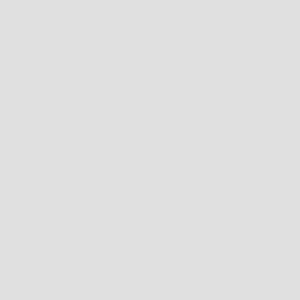