Hey, Puddin’, it’s time to up your cosplay game with one of the most popular female cosplay characters of all time. She’s the ultimate loveable rogue who just loves to cause a stir. We are, of course, talking about Harley Quinn cosplay.

A Harley Quinn cosplay costume can range from putting your hair into pigtails and adding red and blue (or black if you are following the comic books) clothing to re-creating the exact Harley Quinn outfits from Suicide Squad or DC comic books.

In the comic books, Harleen Quinzel is a psychiatrist at Gotham City’s Arkham Asylum until the Joker comes along. We are sure you know the rest; Harley fell in love with her patient and we could all see how it was going to end. This pair of delinquents cause havoc for Batman in the comic books and cinematic universes.

Harley’s other skills include her gymnastic abilities which help her in fights and her talent for wielding a weapon that causes destruction. She is often shown with a giant mallet but if you are considering making this prop for your next convention to go with your Harley Quinn cosplay outfit, then make sure to make it light as you will be carrying it around all day!

We think the best Harley Quinn costumes are the ones that pay attention to detail. You can totally match Harley’s outfits from your own wardrobe if you don’t want to buy a Harley Quinn costume. Pairing your outfit with temporarily dyed hair, Harley makeup and coloured contacts can make all the difference without costing too much.

For your Harley Quinn cosplay you will need a pair of blue coloured contact lenses if you are looking to change your eye colour, so check out our full collection here.

If you want a full-on comic book effect then a costume style such as Aqua Blue Ice Walker can look awesome but if you want to keep it natural here are our top suggestions:

For the Suicide Squad movies, Harley’s traditional full leotard as seen in DC comic books was swapped for hot pants and tights. @snarkyjaycosplay has included all the details in her Harley Quinn cosplay including the ‘Property of the Joker’ bomber jacket. She has even switched her eye colour to blue with a pair of coloured contacts.

If you want to create the most iconic of Harley Quinn outfits from Suicide Squad then a ‘Daddy’s Lil Monster’ top is an absolute must. For this cosplay, @snarkyjaycosplay has gone all out to create Margot Robbie as Harley Quinn including a baseball bat, fishnet tights and fake tattoos to match the movie.

Harley Quinn got some outfit changes throughout the Suicide Squad movie. Including this Harley Quinn outfit that fans have enjoyed recreating. The awesome tinsel jacket was an incredibly desirable item after the film’s release, so if you managed to get your hands on one or have made your own then do Harley proud and show it off! Pair it with a crop top and shorts for a Harley Quinn cosplay Suicide Squad or wear your jacket with your own fashion style and add some fun Harley inspired accessories such as coloured tips to your hair and coloured contacts to get bright blue eyes.

Looking for alternative Harley Quinn costume ideas? If you want to keep it simple for your next fancy dress party then why not focus your attention on your makeup, just like @kikachan_art? This incredible makeup blends Harley Quinn and the Joker to create one side that says ‘HaHaHaHa’ and the other with Harley’s adorable heart tattoo. You could pick up a Harley Quinn costume adults to go with your makeup or dress up from items in your own wardrobe.

@infamous_tyler_ann has taken the mash-up theme one step further by pairing up Harley Quinn with one of the most popular Halloween characters to cosplay, Pennywise the Clown. When the IT franchise meets DC Comics you get this terrifying creation, PennyQuinn. If you are indecisive about your Halloween costumes, then why not save yourself the trouble and pick two of your favourite characters? The Harley Quinn elements of this cosplay include her pigtails with red and blue tips. This Harley Quinn Halloween costume is totally what Harley would look like if she went to a fancy dress party!

Want to see more from the DC Comics universe? Where there’s Harley Quinn, the Joker is always nearby so check out our Joker blog to complete your couple’s cosplay or view our full guide of DC Comics cosplay for even more inspiration including Batman cosplay.

Of course, if you want to add a twist to your couple’s cosplay you can always take inspiration from the later storylines that see Harley Quinn breaking free from her toxic relationship with the Joker to run the Suicide Squad where her romantic interest is Poison Ivy.

There’s plenty of Harley Quinn cosplay Instagram inspiration so be sure to follow our socials to keep up to date with the latest cosplays. Our amazing affiliates and customers create all kinds of pop culture inspired makeup looks and cosplays so it is sure to get your creativity going! 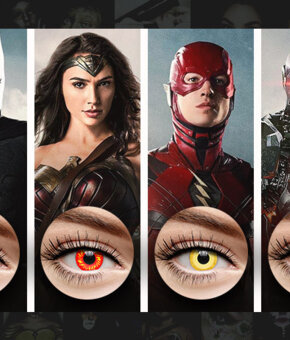 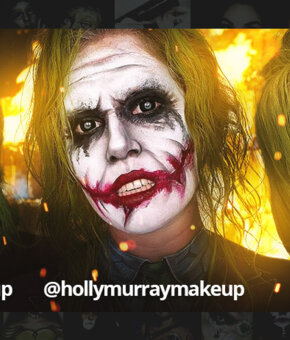 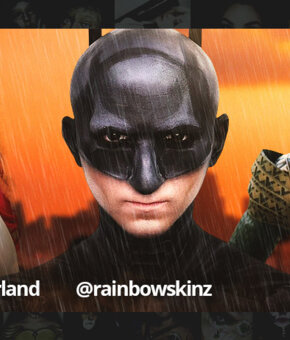